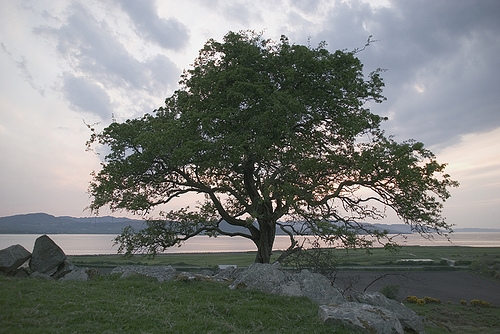 In Wicca, one of our sacred trees is the Hawthorn.  It is associated with Beltane, and was originally known as the May tree because it bloomed in May.  Hawthorn, also known as thornapple or Crataegus is part of the rose family.  They average in height from 16 - 49 feet in height. The most common variety has a gray bark and thorny branches. Some species have  a bright red fruit that resembles crabapples.

In ancient Greece and Rome hawthorn was a symbol of hope and happiness. In ancient Greece it was used in wedding bouquets and and corsages.  In Rome, the Goddess Cardea, also known as the White Goddess was associated with the Hawthorn.  She is the Goddess of marriage and childbirth in Rome.  The Hawthorn is known in Irish folklore as a fairy bush.  This name comes from the belief that fairies inhabit the tree and guard it.  It's bad luck to cut the tree down, however during May day trimming of the branches for celebration is allowed.  After the celebration they would place the branches in their home to ward off evil spirits.

Hawthorn dilates blood vessels allowing blood to flow freely. It also works well on a damaged heart to help blood flow more efficiently.  In the future it may become an important part of cardiac medicine as scientists are looking closer at it's medicinal uses. However it can be toxic in large doses hence the careful research.   In Germany there are many products with it on the market already.

In magickal working, the Hawthorn is associated with fertility. In Ireland today it is still custom for newlyweds to dance around a Hawthorn tree  Great care should be taken whenever removing the branches from this spiritual tree.  If the tree is standing alone it should be left alone.  Look for it's branches along the ground rather then removing one from the tree.  The wood is wonderful for making talismans and wands used for health, protection and luck.

Posted by Jasmeine Moonsong at 8:38 AM 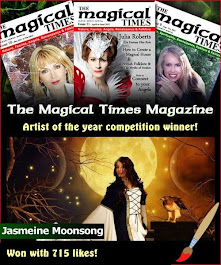